At the beginning of summer “Image Mapping” team visited the “Kholodnyi Yar” in Cherkassy region. The first who met us in Medvedivka was Maksym Zalizniak. His mighty figure shows us that we are on the right way. The first village we are heading to – Melnyky. The part of Melnyky is situated on the territory of the “Kholodnyi Yar” area. There we were settled in a cozy traditional hut, which has very traditional look. There are blooming pink flowers and Kholodnyi Yar forest around the house which attracts by its mystery. Nearby there is a monument of the Chuchupaka brothers. They had a great authority among the population living in the Cherkasy region. By the way, this village has lasted longest as free from occupation by Bolsheviks. Further down the road there is “Haidamatskyi stav” (here the Cossacks sanctified their weapons) which is hidden inside the thick forest. On a hill inside the forest was built Motrynskyy monastery. Locals told us the legend that once there was a fortress of Miroslav – the favorite governor of Yaroslav Mudryi. Today the women who live in monastery conduct different kind of household. There is the well of St. Onufriy near the monastery, and next to it there is small pond. Our team had the opportunity to meet Serhiy Zinchenko – writer, teacher, and former village head of Melnyky. Serhiy told us the history and the legends of the Kholodnyi Yar, showed bulk shafts and other sightseeing. This is not the end of our adventure it’s just changing its direction as we have moved to the village Ivkivtsi – homeland of Maxym Zalyzniak. On our way we happened to see the old mill, after we got in the educational and entertainment complex “Zernolend.” This place impressed us with its openness and eccentricity. Nazar Lavrinenko, together with the villagers built a spectacular complex “Zernolend” on that place were the burnt kolkhoz building was. There is a museum (one of the few museums where you can touch and try anything you want, so actually you can be carried away in those times where this artifacts were used), playing yard, kitchen under the open sky and beautiful landscapes which lay down around. Museum was created from the item which were found at the village or voluntarily given by villagers. You can find a lot of different things there: starting from jugs and finishing with lathe machine. There are many games in the yard that are created primarily from wood, rope and iron balls. Ideas of games, according to Nazar Lavrynenko arose during the “brain storm” with his friends, that’s why every game is unique. Adults and small can play there, which attracts and fascinates even more about “Zernolend”. There is also a kitchen, where was cooked a large pot of soup and fried Cossacks bread. Nazar fed up us with the dinner and started to tell different stories about the village. A fascinating story with interesting facts made us dive into the history of the village and generally in the history of Ukraine. The village has a lot of people with the surname “Lavrynenko” – descendants of Lavrina Kapusty, Cossack military leader. The story of his family, at least on the 7th lap, here everyone knows. This trip has left in my heart a warm feeling about Ukraine, its nature, but mostly – about people. After all, as Nazar said, village – it’s not the houses, gardens and even nature. Village – it’s people who live there. Kholodnyi Yar is the center of the wealth Ukrainian culture and distinctive traditions that has soaked everything: stories of people, forests, roads, churches and monasteries. 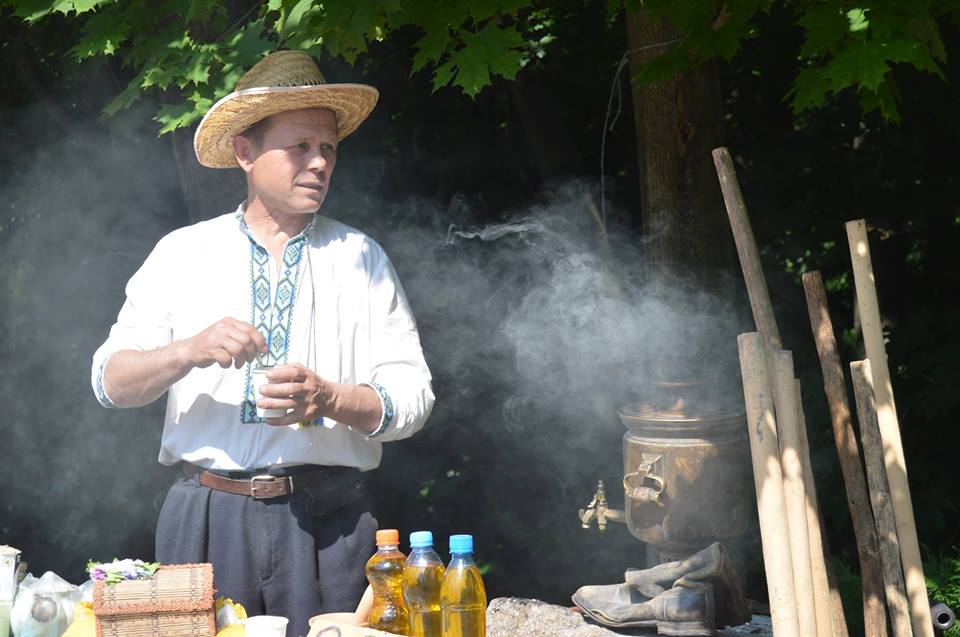