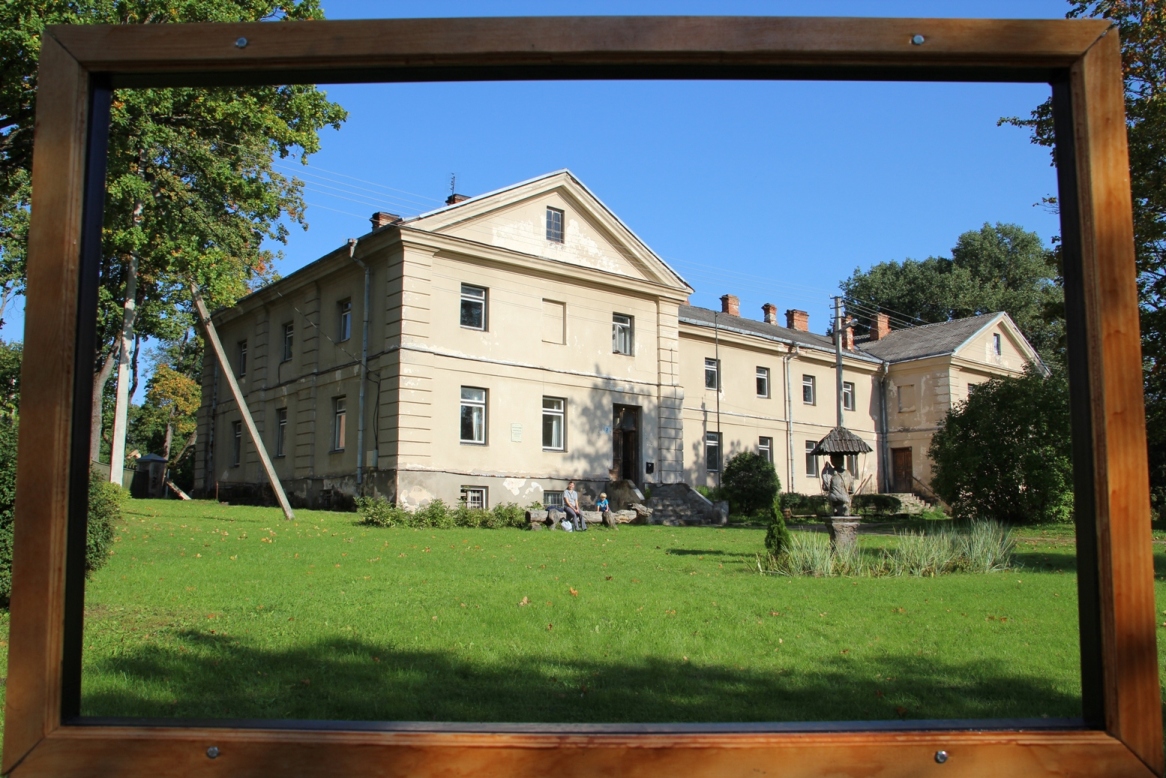 The Image Mapping project has stepped over the border of Ukraine and was continued with an action in the Antaliepte village, Utena region that is on the far north of Lithuania. This place was chosen thanks to the cooperation of the DC Pangeya Ultima members with the “Innovator’s Valley” (founded by the NISI – National Institute of Social Integration) that promotes ideas of social entrepreneurship and different social and ecologically tailored innovations in this place. 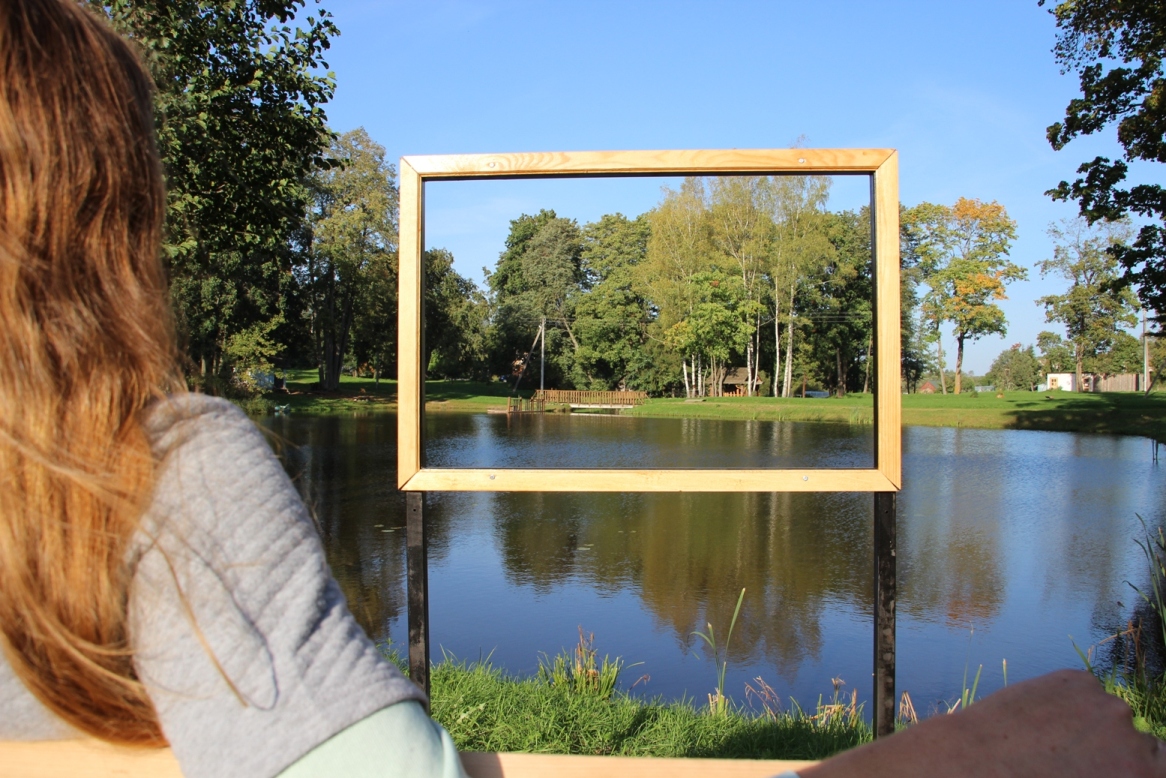 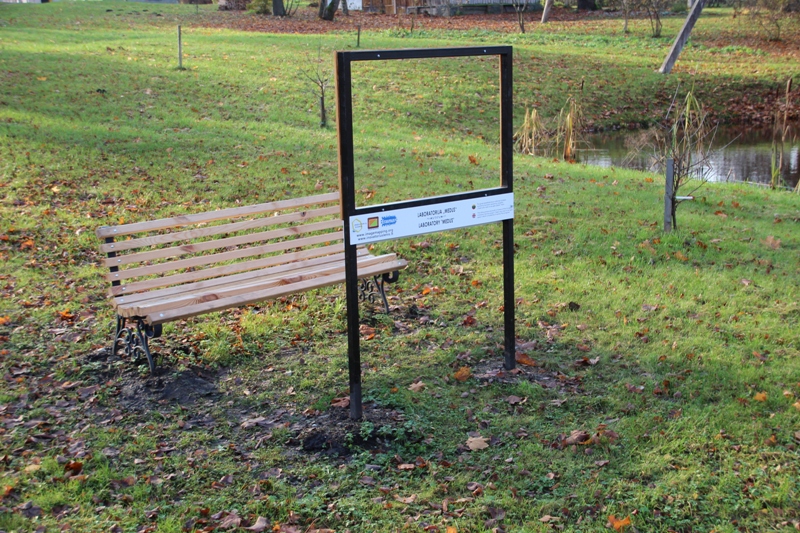 Innovator’s valley engages the objects that were in the domain of the former Barefoot Carmelites monastery present in Antaliepte and confers to them the new meaning and inhales new life in them. 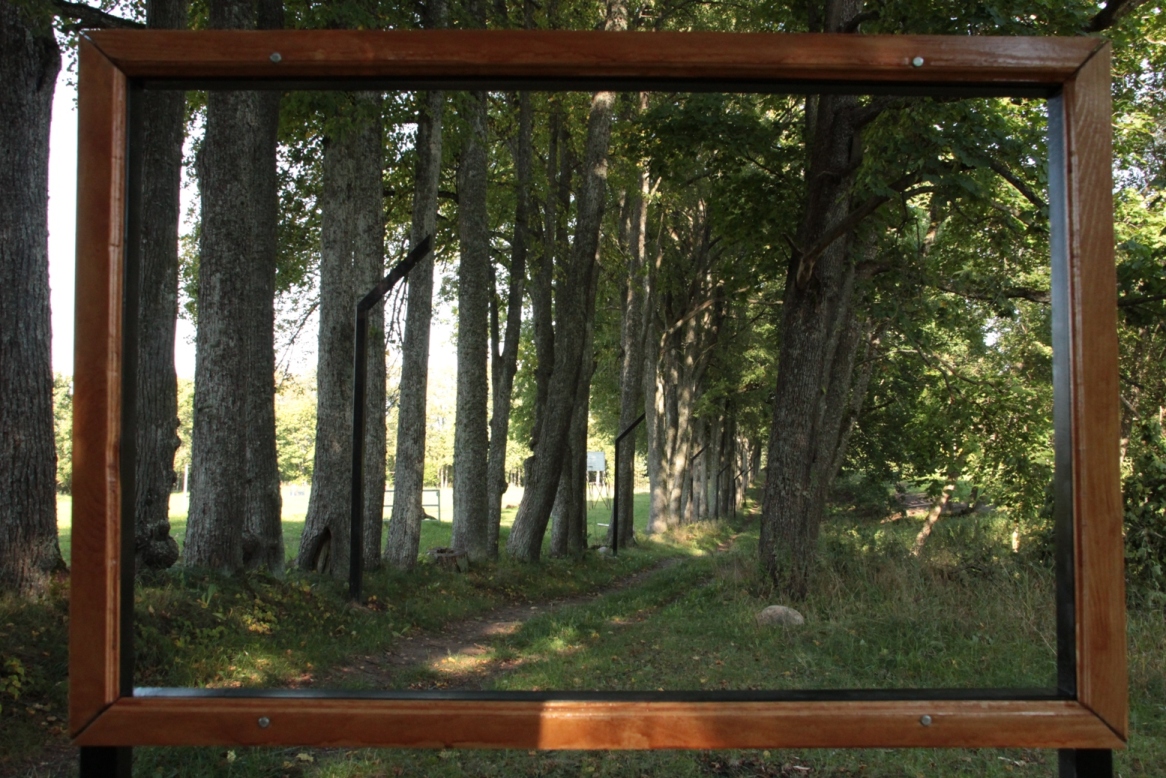 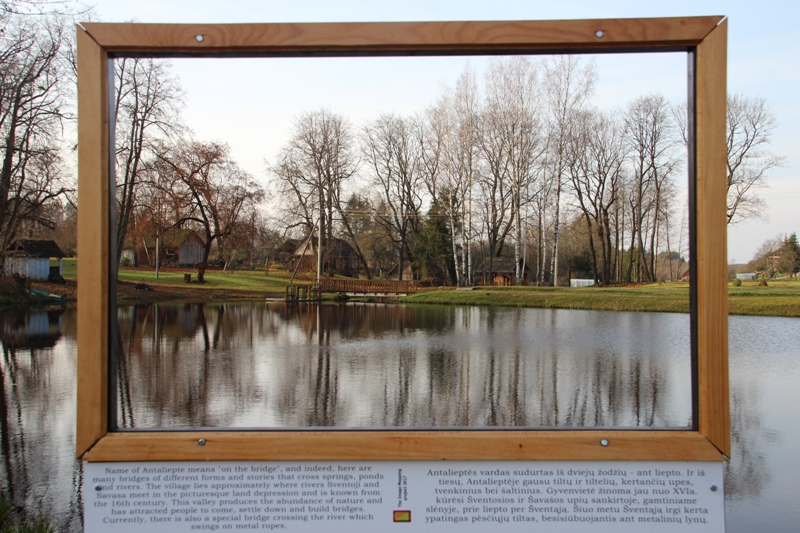 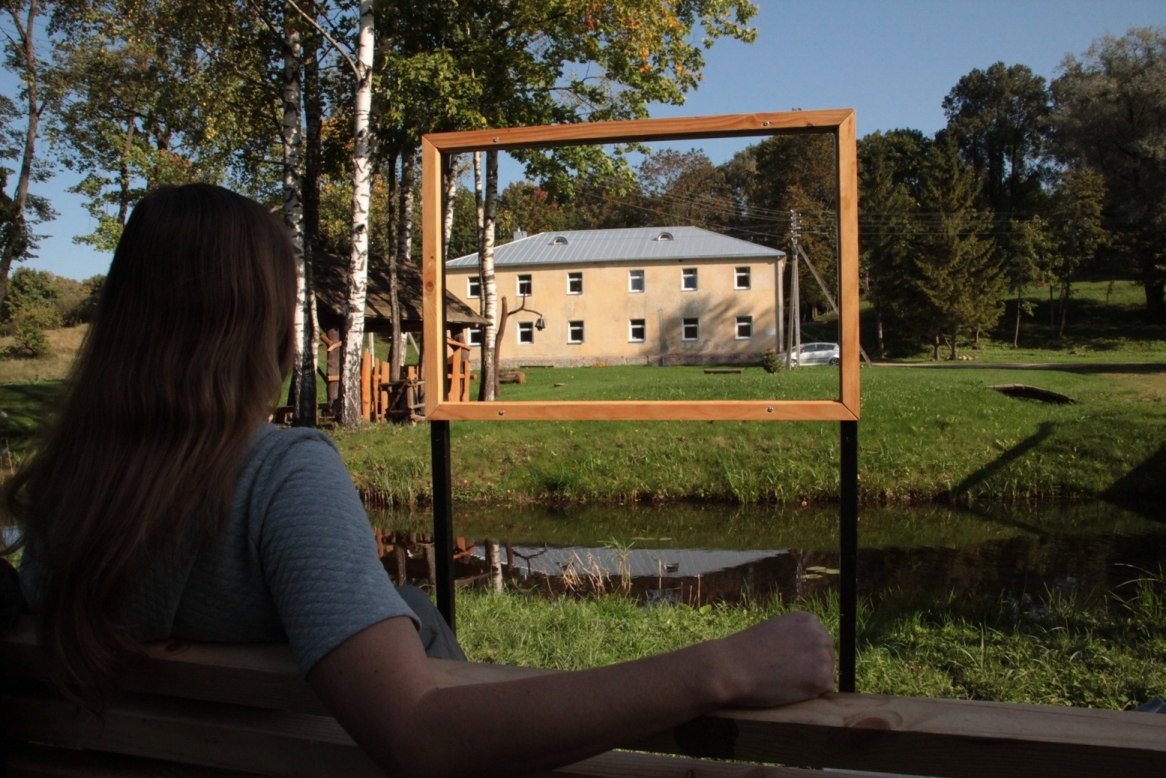 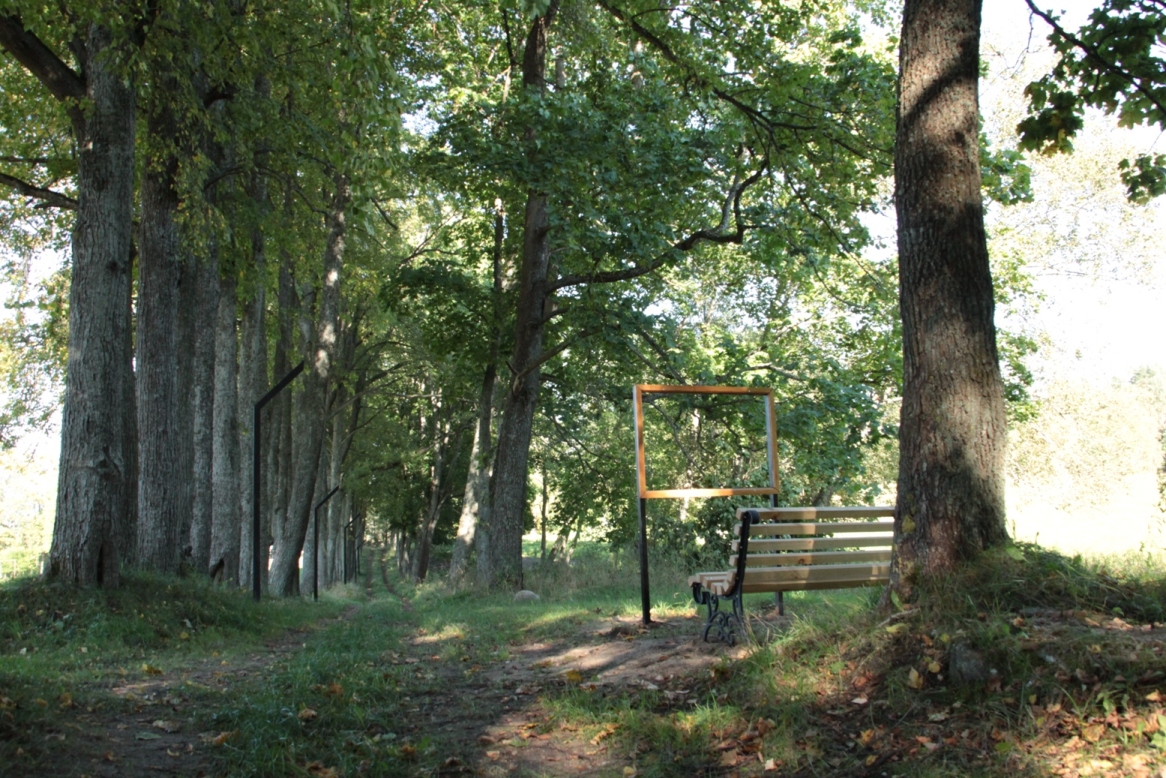 Innovator’s valley together with the Antaliepte village can be referred as an interesting destination for the countryside tourism, that is why our project Image Mapping has taken up the mission to popularize and underline the remarkable places that should be of a prime attention to the incoming tourists. 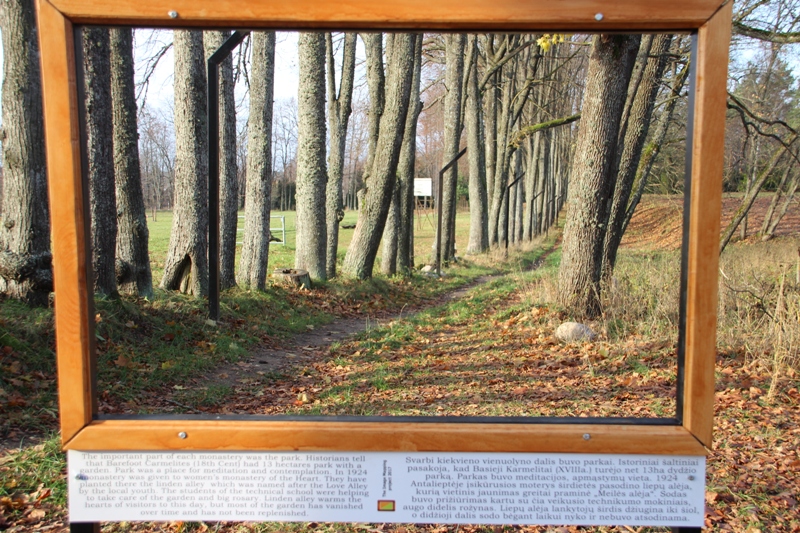 Picture “The Linden Alley”: The important part of each monastery was the park. Historians tell that Barefoot Carmelites (18th Cent) had 13 hectares park with a garden. Park was a place for meditation and contemplation. In 1924 monastery was given to women’s monastery of the Heart. They have planted there the linden alley  which was named after the Love Alley by the local youth. The students of the technical school were helping to take care of the garden and big rosary. Linden alley warms the hearts of visitors to this day, but most of the garden has vanished over time and has not been replenished. 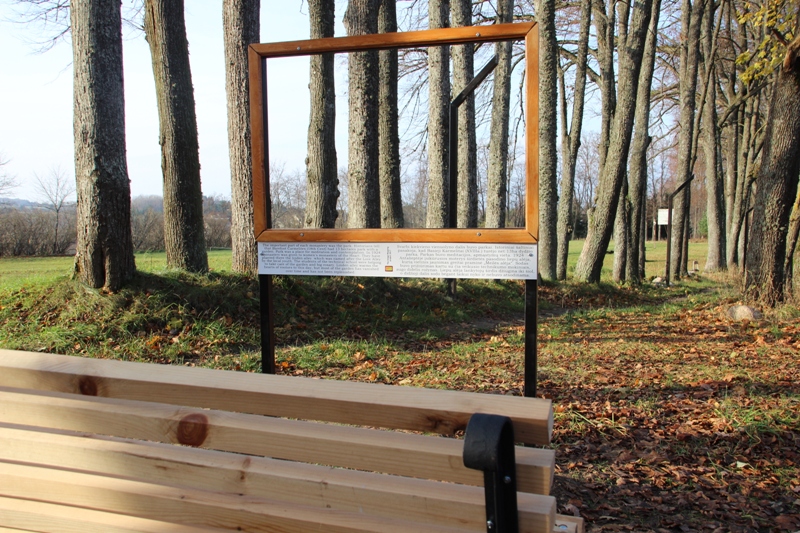 Among the created “Alive pictures” dominate the sites on the territory where the Valley operates and where the Barefoot Carmelites monastery was established long ago. 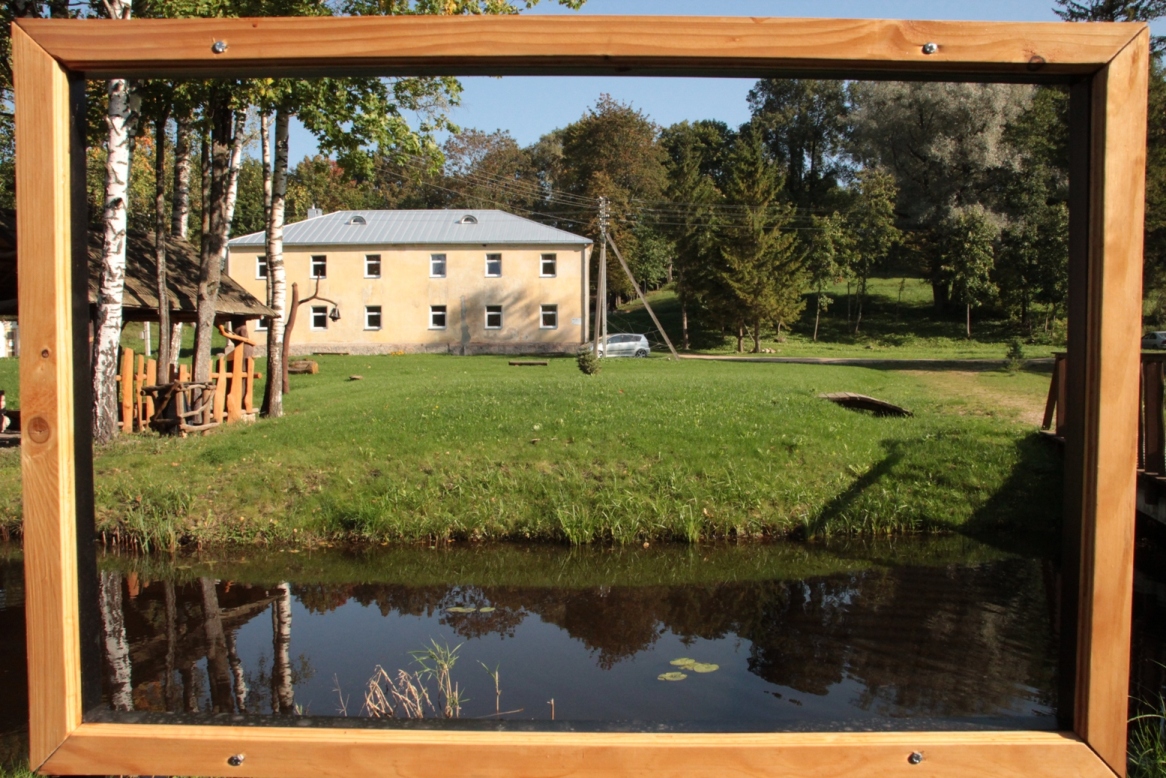 Picture “Medus Lab”: Laboratory “Medus” was founded in 2015 with an idea to make a space for social innovations to be born and developed. People believe in the past it was a brewery house which was run by the Russian Czar army soldiers after the banishment of the Barefoot Carmelites. During the early Soviet times it was used as a school dormitory. After Lithuania acquired the independence it was the Riflemen’s house, the local museum and the village dance hall. 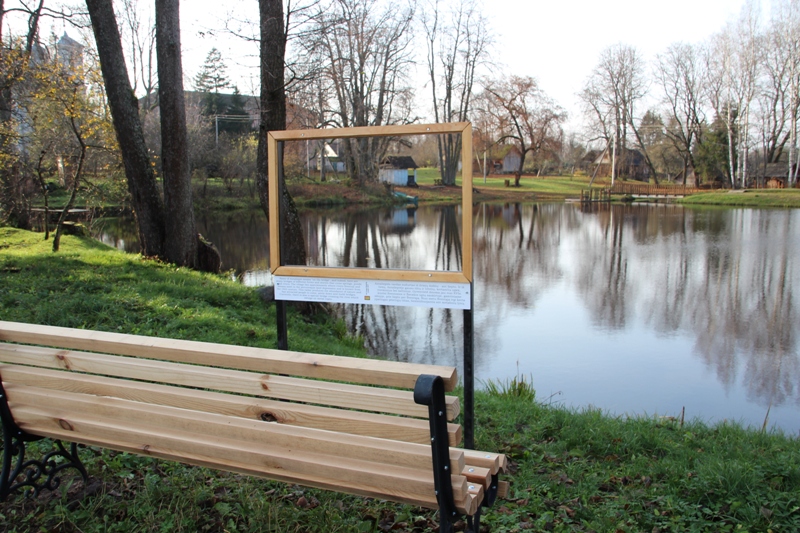 In summer-autumn 2017 the Innovator’s Valley and the local community became the partners in realization of the third on-site action of the Image Mapping project (not accounting the Animating camp in Stina). 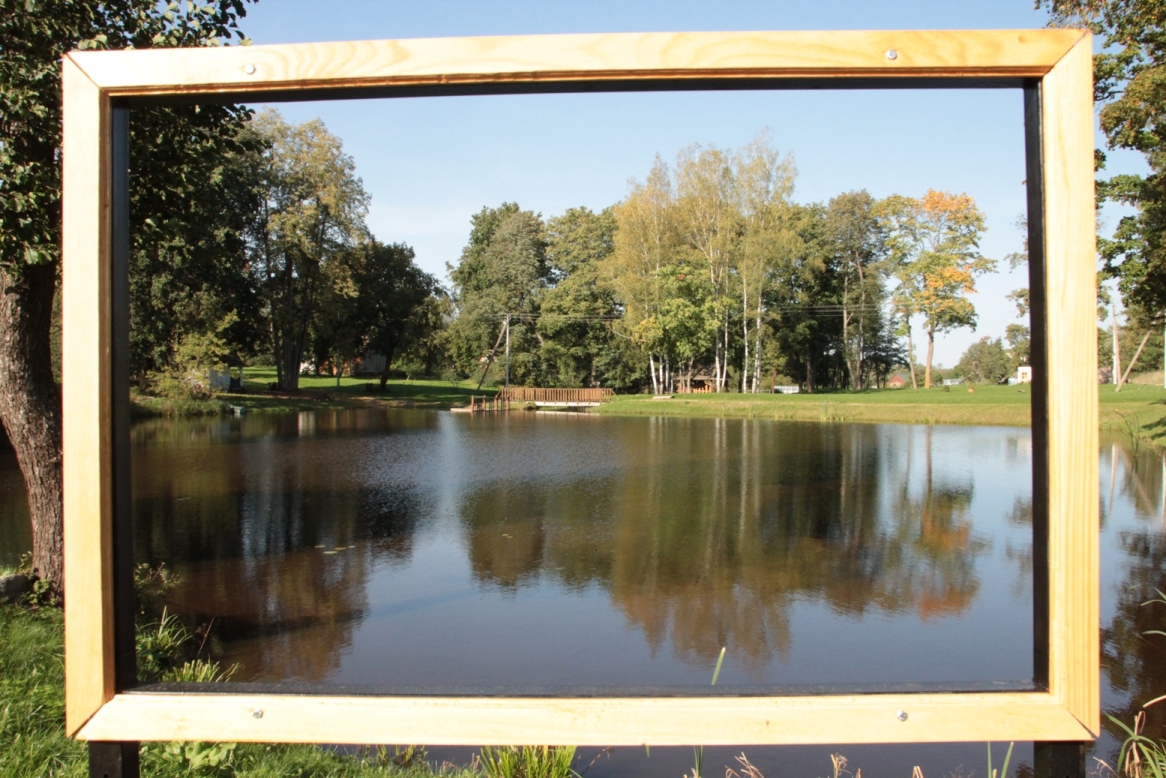 Picture “Village of Bridges”: Name of Antaliepte means “on the bridge”, and indeed, here are many bridges of different forms and stories that cross springs, ponds and rivers. The village lies approximately where rivers Sventoji and Savasa meet in the picturesque land depression and is known from the 16th century. This valley produces the abundance of nature and has attracted people to come, settle down and build bridges. Currently, there is also a special bridge crossing the river which swings on metal ropes.

We are grateful to all of the partners for their roles. 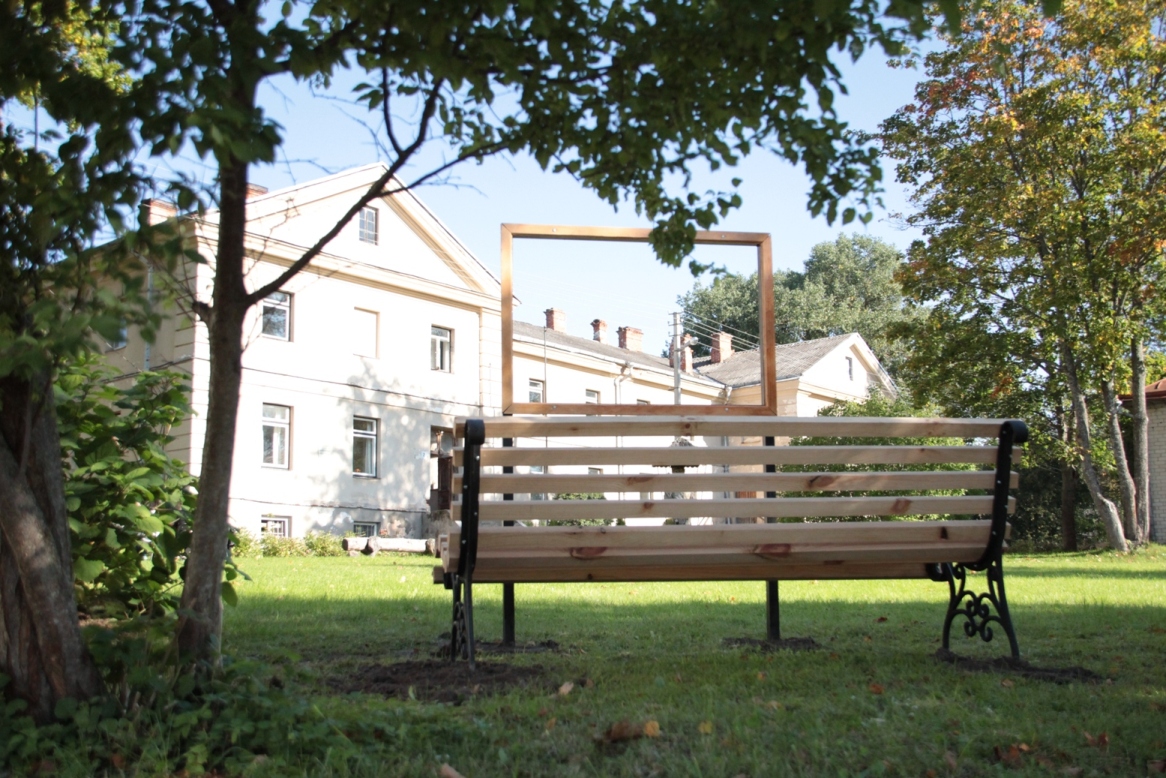 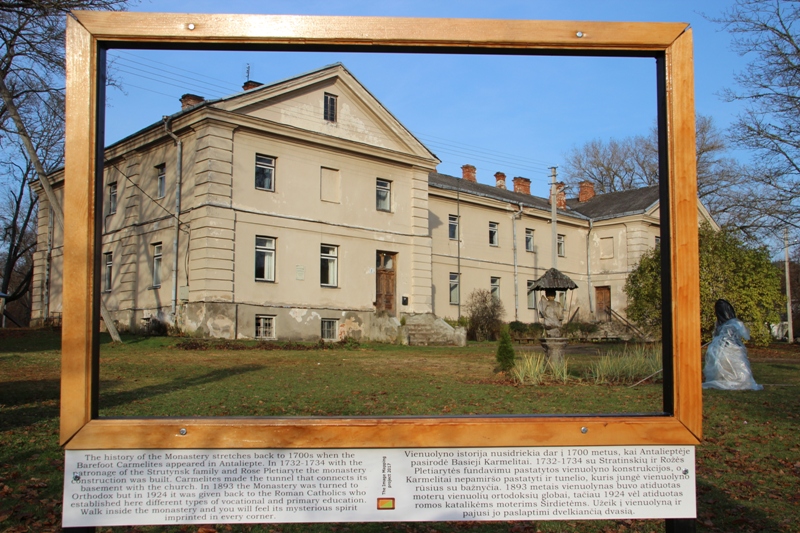 Picture “Monastery”: The history of the Monastery stretches back to 1700s when the Barefoot Carmelites appeared in Antaliepte. In 1732-1734 with the patronage of the Strutynski and Rose Pletiaryte family the monastery was built. Carmelites made the tunnel that connects its basement with the church. In 1893 the Monastery was turned to Orthodox but in 1924 it was given back to the Roman Catholics who established here different types of vocational and primary education. Walk inside the monastery and you will feel its mysterious spirit imprinted in every corner.